My phone keeps ringing at least once a day, sometimes two or three times a day and I really need to call and tell the insistent caller that I no longer need his services. See, I was an overachiever of sorts and took multiple prescriptions for multiple chronic ailments each and every day until recently, and I haven't told my pharmacist that I'm going to be seeing him less and that soon we will be breaking up all-together.

Medications for diabetes, hypertension, acid reflux, asthma...medications for the side effects of the medications for chronic conditions that had plagued me for years. You get the picture. I was taking far more than the average 3.31 daily prescriptions that 50-64 year-olds take based on the findings of a report AARP published in 2005 titled Prescription Drug Use Among Midlife and Older Americans.   And I was firmly anchored in my 40s and nowhere near 50 while taking so many prescriptions that I had to use the fingers on both hands to count them. Every time I went to a doctor and I had to fill out a form with my prescription list or complete the intake with the nurse, I was embarrassed by my list of prescriptions. I was ashamed that I was, at a relatively young age, so dependent on so many prescriptions for what I knew were conditions that I should be able to control and yet I didn't know how to control them. I didn't yet possess the knowledge that would ultimately allow me to stop seeing my pharmacist so much.

I maxed out my flex spending card every year by June. I had to make prescription copays a line item in our family budget. And I had to resort to a pill sorter to keep track of all of the medications. Although, I really, really hated that notion and ended up putting all of the bottles in a large cosmetic bag that I hauled around with me everywhere. Somehow, that seemed less obtrusive to me than the pill sorter my departed grandparents and parents had used. Maybe if I didn't use the pill sorter this wouldn't be my reality...I was grasping at straws. 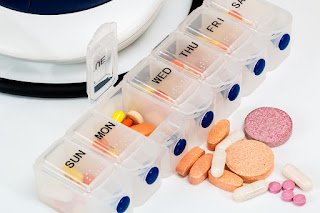 And then six months ago I began in earnest to eat a whole food plant-based diet 100 percent of the time and what I learned immediately was that you really must be in constant contact with your physician when you embark on this journey. I sometimes tell those curious about what I'm doing that if they want to stay on their meds then, by all means, do not change to a WFPB diet. The two are not compatible.

It wasn't long after I began eating this way that one of my blood pressure medicines was the first to go...and then the second BP med...and then the insulin...and so on. I'm not completely free of prescription medications yet but I'm getting darn close and I have no doubt that I will be sending my pharmacist a "Dear John" letter sooner rather than later. In the meantime, I have a lot more money, so much so that I'm not sure what to do about my flex spending enrollment for this coming year. I mean, I don't really need it all that much anymore. What a concept! And the side effects from those prescription medications are gone as well. I had such overwhelming fatigue and brain fog, and honestly, it's hard to know if it was from the conditions themselves or from the medications, but it was probably a little bit of both, but I am happy to report both the fatigue and fog are a distant memory.

The lesson in all of this is that it wasn't a magic pill that cured what ailed me, it was the food. It was broccoli and potatoes and spinach and cauliflower and blueberries and sweet potatoes and all of the goodness that grows from the ground and is nurtured by the earth. I'm not anti-medicine. There are definitely times for it and conditions in which it is required, but all too often the prescription pad is used to write a prescription for something that comes in a bottle when it really should be written for something that comes from the Farmers Market. And I don't blame doctors either because they are given far too little training on nutrition during medical school, but the times they are a changing. 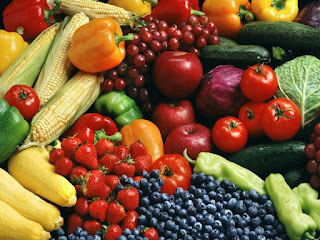 Now to make that phone call...